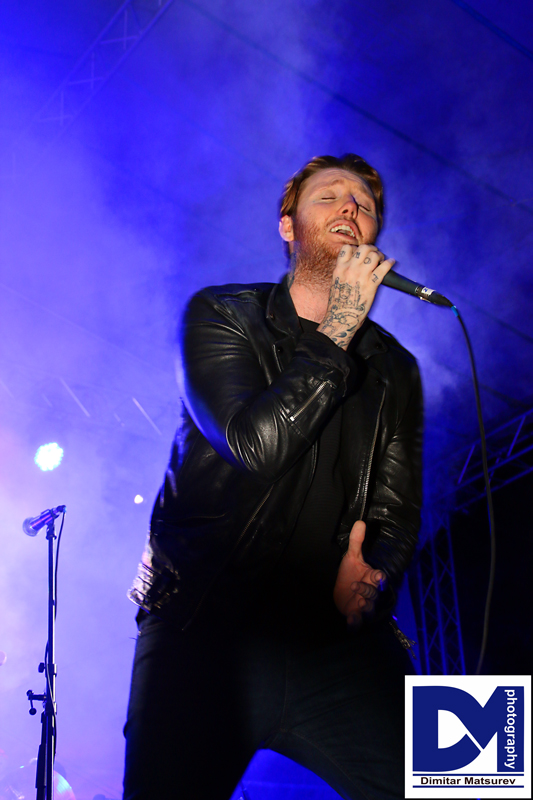 Bansko Beat Music Experience offers a stage for the talents of the best musical show- X Factor.Summer is knocking on the door and there is nothing more enjoyable than cultural events under the open sky, where forecasts are for stardust rain of Bulgarian and international famous performers.Without a doubt we will enjoy the holiday spirit in good company for the second year in a row with the festival in Bansko. The dates are July the 15th to 16th.

It is organized by “Bohemia Festivals” and Bansko Municipality, who have, once again, proven to be a preferred holiday destination for all seasons.Here's what our organizers have shared with us recently, our favourites from the latest season of X Factor will hit the stage of Bansko Beat 2016, where they will once again bring the emotions high.These are vocal finalists - Mihaela Marinova and Christiana Loizou.

Mihaela Marinova is nominated in the categories "Best BG Debut", "Best BG Lyrics", "Best BG Video" and "Best BG Song" for the upcoming Annual Music Awards of BG Radio. This in itself speaks volumes of her musical talent. Two weeks after its premiere, her song “Ne ti li stiga” (“Haven’t you had enough”) has hit the top 3 charts of most played song on radio and TV broadcast.We found out that Michaela "cooking up" an awesome collaboration with one of the biggest stars on the Bulgarian pop scene, but their name is still a mystery.

The talented Christiana, from Cyprus, who loves Bulgaria as her own motherland, won our hearts in X Factor with her brilliant vocal performances, magnificent blend of pop music and classical opera and musical styles.This certainly contributed to her victory in the fourth season of X Factor Bulgarian. We look forward to the release of her debut single, which is written by the same people who wrote Poli Genova’s “If love was a crime” for Eurovision 2016 song contest.

The chance to enjoy great Bulgarian music and beautiful vocals is completely free!Dates are July 15 to 16 (Friday and Saturday), 2016, on the Central Square in Bansko.

And who will be the brightest star in the Bansko Music Festival this year remains to be seen...

The first headliner of Bansko Beat in 2015 - James Arthur, was an absolute hit.The Brit became popular in 2012 with his victory at the X Factor UK.Immediately after that came his first single - "Impossible". Although the original is performed by Shontelle, after James Arthur’s cover the song gained global popularity and became an instant favourite, selling over 2.5 million copies.In 2014, turmoil in his personal life shook the boat of his success, but the lad from Middlesbrough managed to stay on board. In his personal Twitter account he wrote: "2014 was extremely unfavourable. But I learned just how great my fans are and that I can always count on them.”When he talks about himself, he is extremely laconic: "My name is James and I'm a songwriter, singer and... artist”. His fans are hoping to see the release of his second album this year.

The French band “Mo 'Kalamity and The Wizards” were the reggae surprise of the festival.Their lifestyle is their music. Serenity, love and positive energy comes out of each line of their reggae songs, which Mo 'Kalamity herself has written and composed.Their sound is strongly influenced by her country of Cape Verde. Mo 'began her career as a backup singer, but it was not long before she decided to form her own group of "wizards". Rhythm is reggae, and the message is love. A sound that fits in perfectly with the Bansko Beat.

The American Shawn Lee created his instrumental project Shawn Lee’s Ping Pong Orchestra in 2004. In that same year came out the debut album of the “Music and Rhythm” formation, which is not the first one for the producer, author, musician and award-winning artist. The music industry is rapidly adopting the sound of the "orchestra" and various games, TV series and movies have been voiced by his merry, ringing routines including: "Malcolm in the middle", “Lost”, “Desperate Housewives”, “CSI”, “Ocean's Eleven 2”, “Bank Job” and many more.The Bulgarian audience will have the pleasure of listening to a brand new Shawn Lee classic – “Kiss the Sky”.