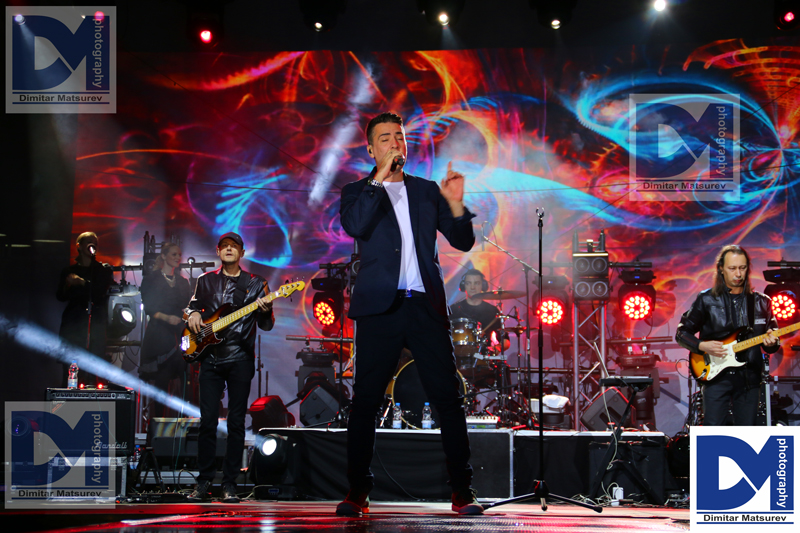 For the first time in “Bohemi Fest”, this year you can see one of the biggest Balkan voices- Dino Merlin! The Bohemi Festival will be held in the Bansko central square for the second consecutive year on the 3rd and 4th of September.Invite your friends so you can be able to enjoy the quality Balkan music, food and have real fun! We are expecting you! The first headliner is a Bosnian mega star- Dino Merlin.

The star of Bosnia and Herzegovina will shine with all its might at the invitation of the Municipality of Bansko and "Bohemia Festivals" and his countless fans will have the opportunity to attend the event completely for free.

At the festival we will hear not only evergreen songs such as “Jorgoni” (“Jorgovani”), "Messechina" (Mjesecina), "Something good has to happen" ("Nesto ljepo treba da se desi") and others, as well as songs from his latest album "Hotel Nacional" (2014).

In 2015 with us were ZELKO JOKSIMOVIC, CAROLINA GOCHEVA, IVO PAPAZOV - IBRYAMA, GADJO DILO and many others COMPLETELY FOR FREE ON THE BOHEMI MUSIC FESTIVAL in BANSKO.

Colourful, peppery and very noisy is the typical Balkan man! His blood boils in irregular rhythm at the unique folk music which has gathered all the love and sorrow of the Balkan's crossroad soul.

"Bohemi Fest" is the kind of festival that generously invites us to feel the sound of the music, so typical of the Balkan Peninsula.The organizers' Bohemia Entertainment and Bansko Municipality have set themselves the goal to share the bohemian lifestyle with everyone sympathetic to it, so admission is completely free, and the gates - wide open.

The Serbian master of ballads- Zelko Joksimovic, the Bulgarian virtuoso clarinettist Ivo Papazov, Macedonian pop diva Carolina Gocheva, Serbian trumpeters of “Barca Brass Band”, the mind-boggling Greeks from “Baildsa”, the unique Gadjo Dilo, exclusive Bulgarian instrumental ensemble “Bulgari” and the inimitable “Banski starcheta” led thousands to sing along with them. Now what could be better than that!

Zelko Joksimovic is known for hits like: “Ljubavi”, “Lane moje” and “Nije ljubav stvar” and with his nickname- “The Master of The Balkan Ballads”. When he goes out on stage he does not get bothered to give to the audience all he can, as his Balkan emotionality dictates.

In his music are woven traditional folk instruments, pop ballad sounds and heart-warming temperament. It is these characteristics that make him the most popular and talented singer and composer in Serbia.

The clarinet player Ivo Papazov - Ibryama, is the “Sun of the clarinet”. In his music is collected everything that can make a man dream - passion, lyricism, wild waves of colourful sounds. “Thanks to him, the world knows that our jazz is great. He is a cult.”- comments the BBC Radio.

Among the male staff stands out a Balkan flower - pop diva Gocheva Carolina. The Macedonian girl has behind her five studio albums and has worked with some of the most popular Balkan artists, such as: Vlatko Stefanovski, Mladen Maekovich, Vesna Malinova. Her voice has been described as "magical and multi-layered" and her timbre fits all tastes.

Part of the festival programme was the boys from Baildsa. The name of the Greek band comes from the Turkish word "bayılmak", which translated means "faint", "quench". In their music are collected all the tones that can satiate the Balkan thirst-Eastern sound, ethnic rhythms, brass section, punk and funk music.

The music of Gadjo Dilo is a typical Balkan one - easily distinguished from any other in the world by melody and method of implementation. The unique flavour of the group is due to a desire to maintain the style "Manouche gypsy jazz" alive. They themselves say they have most strongly been influenced by "the one of a kind jazz musician Django Reinhardt".

The life and artistic journey of Django, along with the jazz from the 30s and 40s are the real inspiration for the band's first studio album."Manouche de grec" dedicate "their love for Django" and the passion for Greek songs from that era. The excitement from the exceptional genre encourages them to create a unique music that touches people's hearts.

"Barca Brass Band" are well known in their country. They create the orchestra in 1998 in the city of Knjazevac, Serbia. In the first years of participation as a band, they won one first place and two second place prizes at the biggest festival of brass music - festival in the village of Guca, which coincidentally bears the slogan "Madness, produced in Serbia". From there on the musician will win numerous awards, the largest of which is the First prize in Guca in 2012. The nine musicians play in all genres, but their main repertoire is music from the Balkans.There are numerous participations that the band has made on various festivals in Serbia, Greece, Italy, Turkey, England, Germany, Austria, China and others. They take part of a major project in the composition of "SANJA ILIC-BALKANIKA". They also have a great musical experience with many guest singers and instrumentalists, and their original sounds used are by a number of Serbian composers for the premieres of their new works.